I was the youngest son of ingrid Elvira Enholm-Larson and George Lewis Coffman, b. 05 Jan, 1931. My brother, Donald, was seven years older than I. As regards my surname, my father’s family was German and Scots-Irish. Since we both had red hair, we both had some Scots-Irish in us. Clearly, Donald took after the Swedish part of our family, and I after my father’s side.

Through all the years of my childhood it was clear that we were strongly connected to the family of one of my mother’s sisters: the family of Eva Larson Berg. My strongest (and only) recollections of family during those years are of Ingrids Swedish sisters: Alice, Eva and Anna. (Ida lived in California, and her brother Roy (Sven) was simply not connected to us. My father was never connected to me in any way during my childhood and teenage years, since my parents separated when I was three years old. We never re-connected, although I have met him several times as a young adult.

My Swedish grandparents were both deceased by the time I arrived on the scene, so I knew little of them. The photographs from that era are telling: the earliest photos from my mothers marriage are of my mother, father and Donald. The photographs of me, as a child, are of me alone. Most of the later photos are with the Bergs or others of my Swedish aunts and their children. My childhood playmate was Nancy Berg! The strongest family connection was Swedish.

The picture to the right is of me on the day I passed my final oral exam (September, 1964) and we left by train for New York, Odense, Denmark and finally Nottingham, England. We spent a year in Nottingham, where I was a PostDoctoral Research Associate in Theoretical Physics. We later spent a year at Cambridge University, Cambridge, England as visiting Professsor in Theoretical Chemistry. In 1982 I was visiting professor at the Quantum Tneory Project at the University of Fllorida, Gainsville, FL.

I am currently Professor Emeritus, University of Iowa. 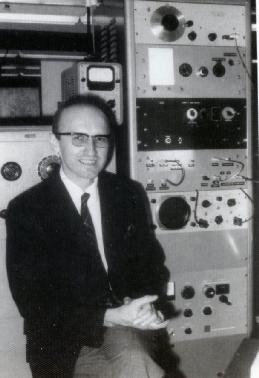 Our honeymoon trip took us to Zurich, Lago di Lugano and finally to Geneve, all in Switzerland.

We then returned to Syracuse, New York where we both worked in different research fields. In December, 1959, we moved to Minneapolis where I entered the graduate program in Chemical Physics at the University of Minnesotaa.

After having received the degree of PhD, we left for Nottingham, England where I held an NSF research fellowship in Theoretical Physics working under the guidance of Professor K.W.H. Stevens.

When we returned to the USA, we were three: Annemarie Ingrid was 8 months old!

We spent two years in Minneapolis, where I was on the faculty of Augsburg College.

We have three daughters: 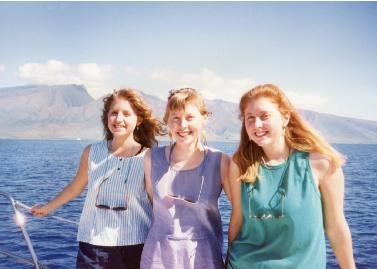 In 1967 I accepted a faculty position in the Chemistry Department, the University of Iowa. My speciality was the research field of Electron Paramagnetic Resonance, which was my area of greatest interest both at Minnesota and Nottingham. The intellectual tools of my research were physics and mathematics, primarily molecular quantum mechanics.

We have lived in Iowa City since 1967 with frequent family visits to Denmark! I also ran a laboratory and directed student research, but the prime direction of the work was to elucidate those areas of magnetic resonance quantum mechanics that needed theoretical development. My greatest inspiration came from the Theoretical Physics group at Nottingham and the Quantum Theory group at Uppsala, Sweden. 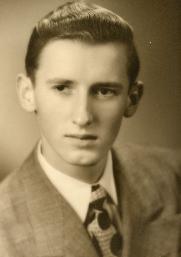